I gathered my thoughts as best I could.

In those few lucid moments I considered hailing a taxi but I didn’t have the name of the hotel written anywhere in Chinese. I could go to another hotel. but what if they didn’t accept credit cards, I wasn’t carrying enough cash.

All right, I have my credit cards but where do I find a bank? That would be compounding the problem; first an ATM, then a hotel, and for that matter, where would I find a hotel? No, all that was out! 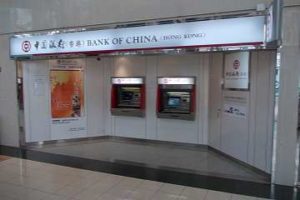 And yes, of course I could have carried on asking people until that one in fifty-eight, according to the statistics anyhow, came out of the hat and told me where the metro station was. I mean all these people seemed to be so young, Most of them would have been half, or even a third, of my age.

One might reasonably expect that many of them would be university students, they would have a smattering of English and yet       these odds belied the truth. China was opening up to the world and English was the international     vernacular. But how could they possibly expect to embrace the rest of mankind if they couldn’t use it even as a lingua franca. There were a handful       of individuals who were able throw a few words together and make an intelligible sentence but they couldn’t pick up train and they related the word metro with a convenience store, continually pointing above the hundreds of heads surrounding us towards the shops across the wide road right next to where the big sign for the Metro supermarket was.

Later (albeit, too late), I realized that the words train and metro contained the consonant r which doesn’t exist in their language and it must have been  difficult for them to understand me properly. When I think about it, it was virtually imposible; it wasn’t just consonant sounds that were missing in their language, I had different pronunciation, different intonation, a different accent, everything was different! And yet they did their best. If they indicated to me that met-lo was over there once, they told me a hundred times.

And here we go again…

An old man, younger than me, with a hat and toothless smile taps me on the shoulder from behind. For the umpeenth time, another person is pointing me in the same wrong direction.

-No, I don’t need any more shops, thanks! I have all I need here,
I protested in English while pointing to my bags with a resigned smile. I could’ve been talking in Moonese for all he knew.

I didn’t know how to reproduce a train sound or a train movement (does anyone over the age of five?) and any attempt to do so might  mean me being led away like the dancing ladies.  -shsss, I went cold at the very notion and quickly dismissed any thoughts of dangerous tomfoolery.

I asked and asked and asked but nobody could understand that what I wanted was a train, or to be less precise a metro station, assuming that the station would eventually produce the train.

I must have asked another thirty, but nothing. I became terribly disheartened.

Well, if the law of averages wasn’t working out for me, Murphy’s Law was performing at its cruelest. Even my phone had run out of battery so I couldn’t have phoned a friend (just a joke, it wouldn’t have gotten me very far). But I could have called a train up onto the screen…

Mmm… something just happened there. 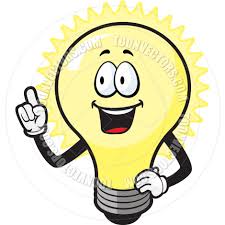 Could, (deep psyche at work here now, reader/listerner, hold tight!), the power and mystery of that word could, the origin of thought and propellor of progress. I didn’t realize it then. Most of us wouldn’t because the trillions of could thoughts that occur every day are passive (I mean not deliberately thought out and acted upon) rather than active. They’re just passing notions, the vast majority peter out into nothing, like the final flicker of a firework that merges with the dark and becomes one with the night. And yet, despite me not realizing it then, in that very nanosecond, it happened. Something was about to materialize from virtually nothing as if by magic. It was the jiffy when the butterfly flapped its wings.

When a butterfly flaps its wings …

The germ was there, the foundation stone was laid. But because it simply hadn’t occurred to me at that precise moment to follow the could lead that my psyche had thrown up, I reverted back to crazy thinking mode and thought of going on a mass killing spree, American-style,  and shooting everybody around me, the more the merrier… but I didn’t have a gun. Such are the vagaries of the mind. A shrink would have a field day with me.

Ufff…stop! This was dangerous thinking. Now I know how it all starts. Anything could happen; the difference between sanity and madness was but a fine line as the serious thinkers of us well know and the least contemplated the better, let sleeping dogs lie. It might be no more than a sick joke now but I could, unwittingly, be planting the seed for a MacDonalds style wipe-out on my next trip to the States (they made me pay five cents for an extra sachet of salt in one of their New Jersey outlets the last time I was there and it was still riling me). I moved away from that dark area of the cerebrum. I must calm down and wait.  I’d often read that “we are what we eat” but it occurred to me that also “we are what we think”. It was a positive moment. We’ve heard a million times, shure it’s all in the mind, a paradoxical cliche which has become so overused we forget it’s laden with life-changing meaning, as distinct from the vast majority of cliches. Yet once heard and subconsciousy assimilated, we proceed to relegate this time-worn expression to just another old hackneyed phrase. Instinctively I switched thinking mode from minus to plus. This was a carpe diem instant.  It was up to me. I could! To survive in this alien jungle I had to banish such dire negativity from my head, just chill, give my better judgment a chance and wait.